Always Moving, Even in One Place 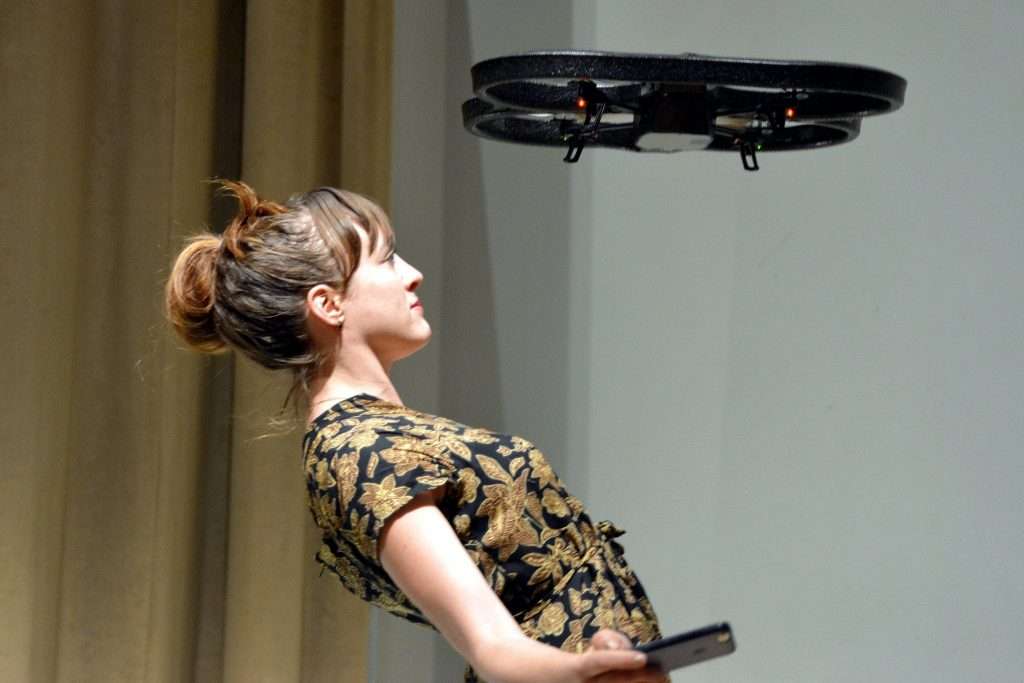 “Are you going to Aunts?”

Depending on how much time you spend in contemporary dance circles, that question might mean nothing or everything. On certain nights, it ricochets through theater lobbies and rehearsal studios, exchanged between friends who don’t know where the night will take them, especially if the answer is yes.

Founded in 2005 by the dancers Rebecca Brooks and James Kidd (Ms. Kidd, at the time, went by JBird Leary), Aunts is not a specific place, not an organization, not really a collective. Roving among loft spaces, theaters and repurposed buildings — a former convent, a former hospital — it has no permanent home and no aspirations to find one. When you go to Aunts, you go to something like a party: a gathering that orbits around multiple, overlapping performances, structured to facilitate chaos. As its current organizers, Laurie Berg and Liliana Dirks-Goodman, sometimes say, “Aunts is about having dance happen.”

“I think we don’t define it very clearly on purpose,” Ms. Dirks-Goodman said during a recent interview with Ms. Berg, in which the two involuntarily finished each other’s sentences. “It allows people to enter with their own expectations, with what they want it to be.”

Over the last few months, Aunts has been developing its most ambitious project to date, a collaboration with the New Museum of Contemporary Art in Manhattan and two institutions in Amsterdam, the Stedelijk Museum and the nightclub TrouwAmsterdam. Working closely with Travis Chamberlain, the New Museum’s associate curator of performance, Ms. Berg and Ms. Dirks-Goodman have organized “Auntsforcamera,” an installation of nine video works, some of them interactive, produced during a weeklong open studio at the New Museum. The installation, first shown at TrouwAmsterdam, recently moved to the New Museum and will be on view through Feb. 15.

In terms of visibility, the project is a turning point for Aunts, which over the last decade has played a vital but elusive role in New York’s contemporary dance world. As Ms. Dirks-Goodman put it, “We’re kind of like this loamy forest floor of the ecology.” 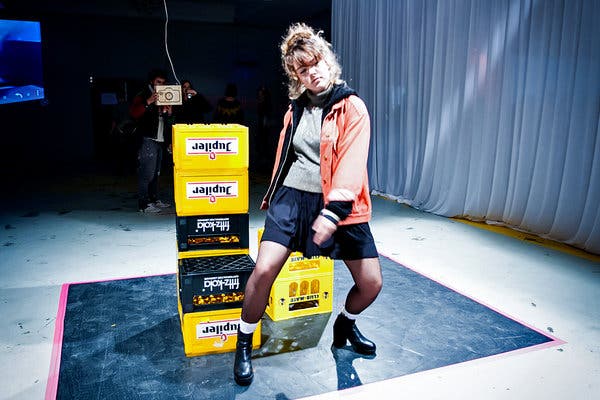 A typical Aunts event comes together and disbands in a single night. Little is planned more than a few hours in advance. “It’s meant to be a place where people can try something out,” Ms. Berg said, “whether it’s what they thought of five minutes ago or what they’ve been working on for 10 years.”

Money is rarely exchanged; admission is a donation to the free bar or bartered-goods boutique, two staples of every event. To fund basic operating costs, Ms. Berg and Ms. Dirks-Goodman have received grants from the Brooklyn Arts Council and a family foundation, as well as individual donations.

“Auntsforcamera,” by comparison, lasts a while — four weeks in Amsterdam, eight in New York — with the support of major art institutions on two continents. “There’s the exposure, but there’s also a credibility that I think the New Museum has given us,” Ms. Dirks-Goodman said. “We’re capable of doing a certain level of work.”

Those who frequent Aunts describe Ms. Berg (a dancer and choreographer) and Ms. Dirks-Goodman (a designer with an architecture background) as deliberate but discreet leaders. “They’re very ghostly, very hands off,” said Larissa Velez-Jackson, one of the contributors to “Auntsforcamera.” “But there’s a real choreography to what they do.”

Lucy Sexton, the producer of the Bessies (New York Dance and Performance Awards) said in a telephone interview: “Laurie and Lili provide a certain amount of chaos in which creativity can bubble up, and there can be a tendency to think that’s easy. But they’re not chaotic in their intention. Everything is put together with a kind of discernment and intelligence and rigor of making sure that it’s in keeping with their ethos.”

That ethos prizes an equitable distribution of resources, including the chance to participate in Aunts. Ms. Berg and Ms. Dirks-Goodman, who inherited Aunts from Ms. Kidd when she moved to Los Angeles in 2009, have a general rule of never saying no to an artist. A challenge of devising “Auntsforcamera,” they said, has been to maintain those values within a new framework.

The installation evolved through an invitation to the New Museum from the Stedelijk and TrouwAmsterdam, itself a nomadic entity on the verge of leaving its home, the former printing plant of a Dutch newspaper. Asked to propose an exhibition on the theme of impermanence, Mr. Chamberlain turned to Ms. Berg and Ms. Dirks-Goodman. Could they somehow transplant Aunts overseas via video, through new works combining dance and film?

A call for proposals went out to all past Aunts participants: more than 400 artists. Nine out of 60 applicants were chosen, and for a week in September, they convened in the New Museum’s basement theater, on the Lower East Side, to hash out their work, as museumgoers came and went and sometimes took part.

Each artist, in a quintessentially Aunts instance of “chain curation,” has selected another artist to design a tour of the installation, which will occupy what Mr. Chamberlain calls “interstitial nongallery spaces.” Access to these tours, appropriately, is nonmonetary: Visitors must instead post a submission to “#auntsforcamera,” an interactive project by Karl Scholz.

For Mr. Chamberlain, “Auntsforcamera” builds on his efforts to refine the museum’s role in supporting live performance.

“I’m increasingly less interested in the idea of presenting performance as a finished product,” he said in a telephone interview, “and more interested in thinking about, well, this is a museum. And what is it that the museum can uniquely provide for performance that may not be possible at other kinds of venues that are dedicated to presenting live art?”

Ms. Berg and Ms. Dirks-Goodman continue looking for ways to bring in new people as Aunts organizers and performers. As artists and art spaces seem increasingly compelled to abandon New York, their protean nature is powerful.

“They’re providing an invaluable resource,” Ms. Sexton said, “in that their impulse is always, ‘Yes, we can make this happen.’ So while we all fight the bigger fight for residencies and rehearsal spaces, Aunts is there making sure that yes, we still get to go out and do a show and see everyone else’s show and have a drink and talk and feel like this is still the city I want to be in.”

A version of this article appears in print on Dec. 21, 2014, Section AR, Page 17 of the New York edition with the headline: Always Moving, Even in One Place. Order Reprints | Today’s Paper | Subscribe