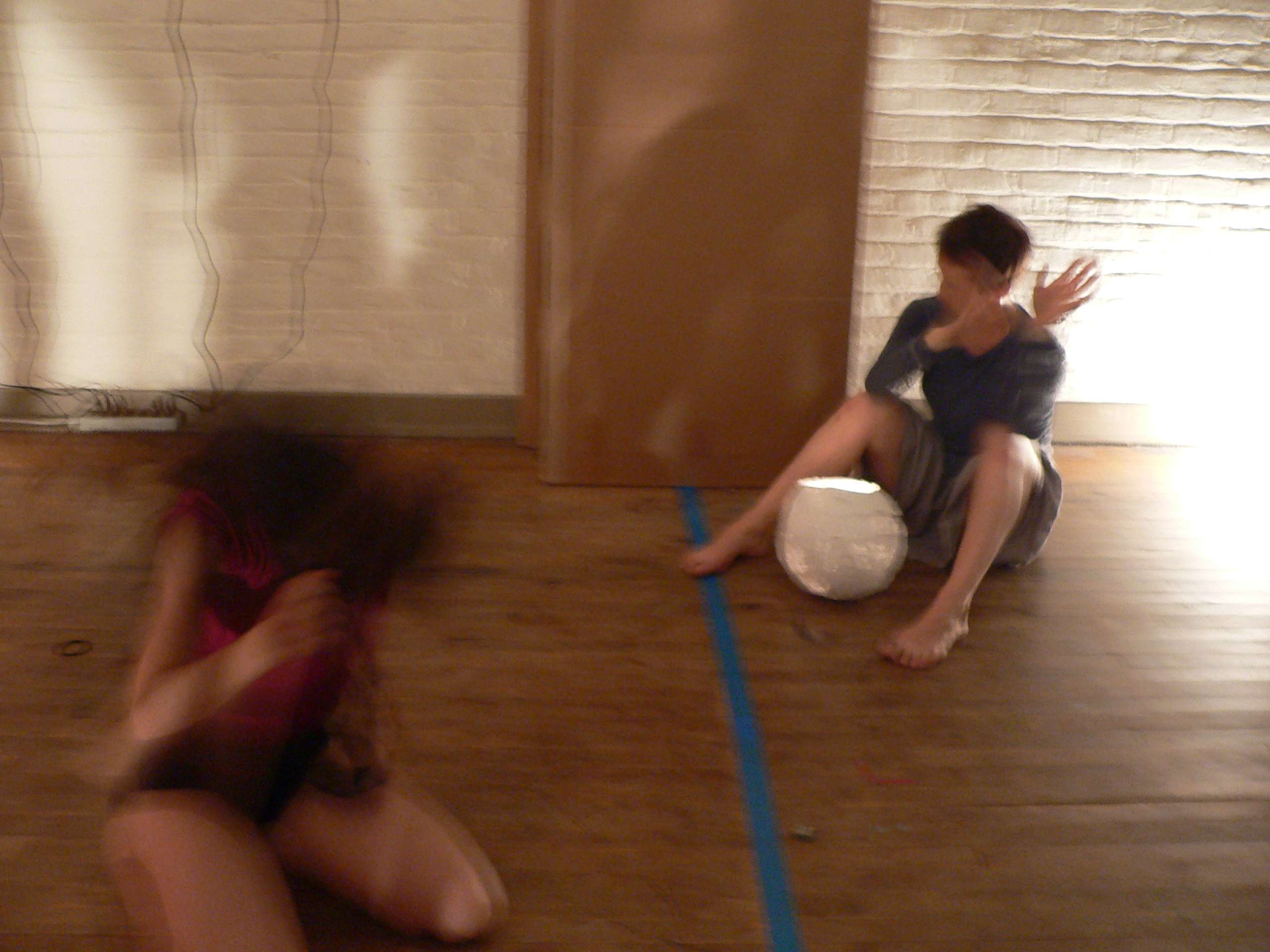 Populous is the controlled management of nine separate but simultaneous performances. Delineated by markings on the floor, the edges of the room are parceled off for each performance, with a parcel in the center of the room for the audience. Each performance is allowed unlimited construction of movement, sound, light, and energy within its parcel, within the hour.