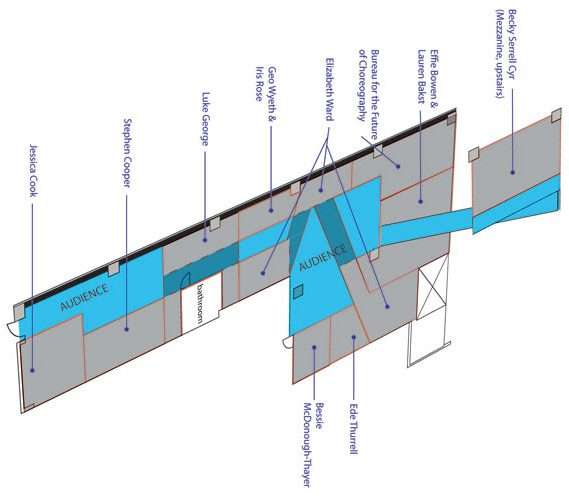 AUNTS populous is is the controlled management of ten separate but simultaneous performances. Delineated by markings on the floor, the edges of the space are parceled off for each performance, with the center parcel designated for the audience. Each performance is allowed unlimited construction of movement, sound, light, and energy within its parcel, within each 45 minute performance.

Admission is a contribution to the Free Bar where everyone shops and drinks for free all night long or to hurricane Sandy relief efforts.
Bring anything, like beer, soda, juice, wine, egg nog OR any recommended items for Occupy Sandy.
$$$ donations to be given directly to the artists involved are also appreciated. Put your dollars in the jar by the door or at the FreeBar.