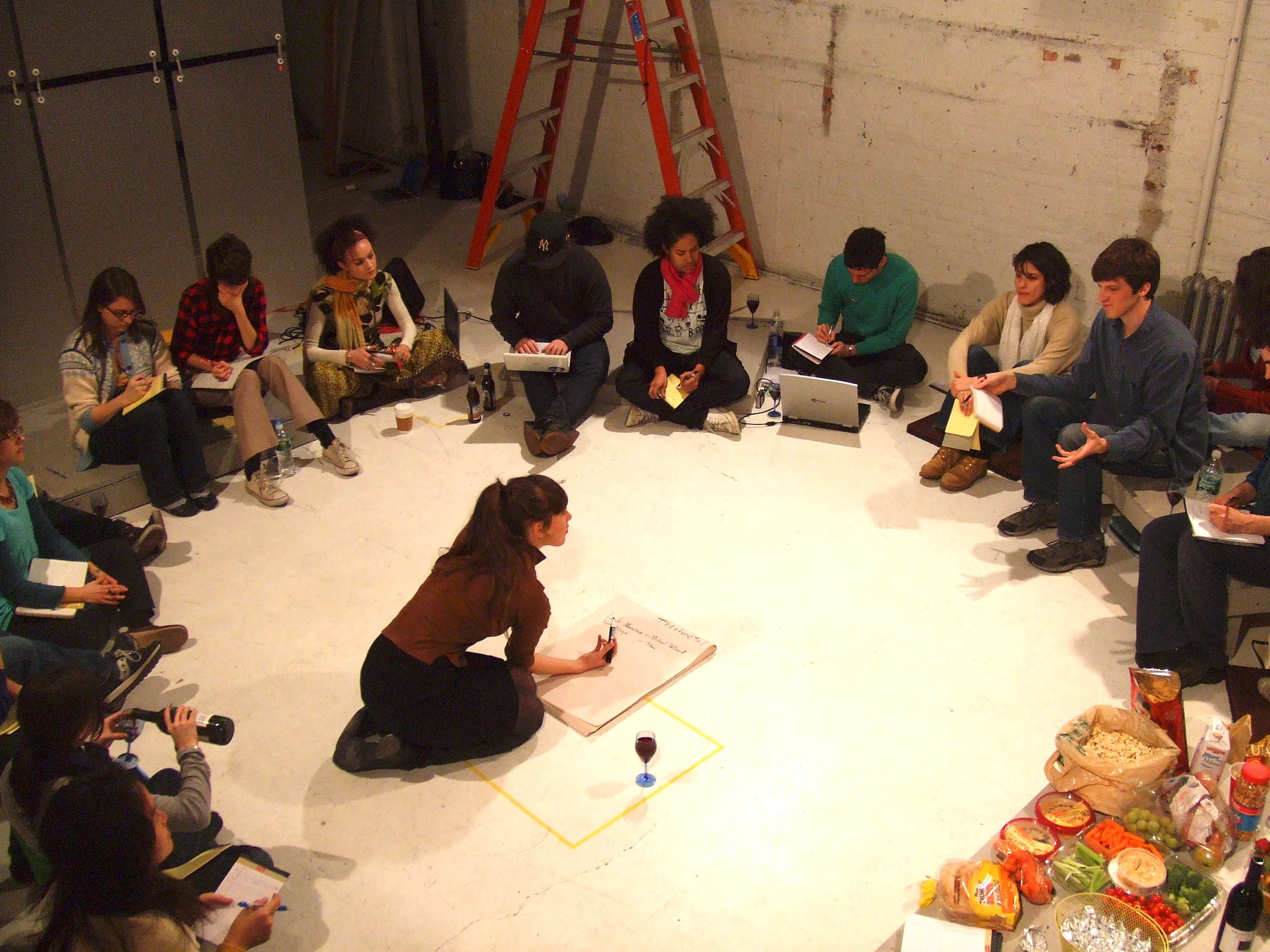 explicitly placing the curatorial group on a crowded pedestal, above that of the comfortably numbered show it chooses to exhibit, Team One is concerned with the politics of curating dance – examining expectations, power relations, tastes and themes expressed in choosing people/groups/works to present

the curatorial activity, in the form of written, videotaped and photographed documentation of the process, is presented to the audience as an art installation in conjunction with the live, curated show

the live show produced by Team One may seem typical, but what is revealed and magnified is the difficult process of the attempt to be responsible for the presentation of work that has potential to be relevant